HEAVEN IS A PLACE ON ICE

is one of Germanys best synchronized skating teams.

We represent our hometown of Stuttgart at local exhibitions and major international competitions.

We have won second place at nationals seven times and competed at world championships several times.

We also competed at one of the greatest international competition of its kind, the Mozart Cup in Salzburg, Austria. We proudly came in second and third place.

Since 2018/2019 we're back in seniors and compete at national and international competitions.

Are you interested in synchronized skating? Do you even have some synchro experience or do you just want to try something new?

Are you a teamplayer and want to join us at national and international competitions?

Are you older than 14 and good at skating? (Younger skaters can try our Mixed Age Team)

Then you're exactly right with us!

We are looking forward to YOU!

Looking forward to you!

Founded in 1995 in Stuttgart, Team United Angels is one of Germanys best synchronized skating teams.

The team trains at the municipal ice rink "Eiswelt Stuttgart".

After many of the longtime team members and coach left to persue other endeavor, the team United Angels was re-established in early 2015 with many new members and seasoned members of previous years.

This enabled us to continue the consistency of hard work, pride and skating excellence of our team.

The current training team consists of ice, choreography, dance, ballett and fitness trainers and is lead by head coach Ms. Christina Calmbacher. They led the Team United Angels into seasons full of success. All coaches are well experienced internationally on the ice and on the dance floor.

The team represented themselves at many exhibitions and participated in major international competitions in the category 'mixed age'.  Receiving first and second places proved the excellent work of the new training team.

Currently the team consists of 23 skaters, which enables the to enter senior competitions and to compete against some of the world best teams again.

The skaters on the team are between the ages of 15 to 34 and they are members of the following skating clubs: tus Stuttgart Eissport, TEC Waldau, Stuttgarter ERC and ESG Esslingen.

We are constantly recruiting figure skaters and ice dancers in our age group and at an applicable performance level, who are looking for new challenges and would like to experience figure skating as a team sport. The entire team is looking forward to integrate interested skaters both personally and individually. Just text us.

Performances at ice shows and participation at international competitions is the objective of every season with the goal to build on past successes.

In 2015, we founded the United Angels Novice team. This team is constantly striving for excellence in developing their synchronized skating skills and performance levels.

Since 2021 our Novice Team became a Mixed Age Team. 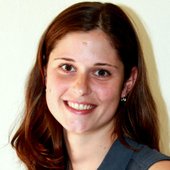 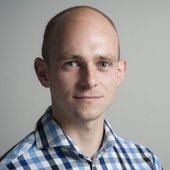 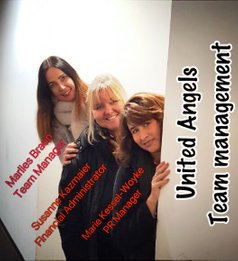 Team United Angels Novice was founded in 2015 to give young girls and boys the opportunity to skate and try synchro.

Of course, training in the novice also lays the foundation for becoming a skater in the senior team. Only with the promotion of young skaters, the preservation and expansion of this sport in Stuttgart is possible.

In addition to skating skills on the ice, team spirit and precision are the focus of the training, which was initially led by longtime team member Vanessa Willikonsky and now by Kilian Madeja in collaboration with senior head coach Christina Calmbacher.

The big goal for all novice skaters can be to travel to competitions and shows with the senior team "United Angels".

Team United Angels Novice developed 2021/2022 to a Mixed Age Team and is always happy about interested girls and boys, who love their sport and want to try figure skating as a teamsport and to be a part of a big synchro family. → Contact

In order for our team to build on future success, we are dependent on your help, whether as a sponsor or simply via an online donation.

Skaters or their parents are personally liable for all costs of the skating rink usage, trainer fees, costumes, competitions etc., which quickly add up to several hundred Euro per month.

THANKS to our sponsors and also to our supportive home town Stuttgart.